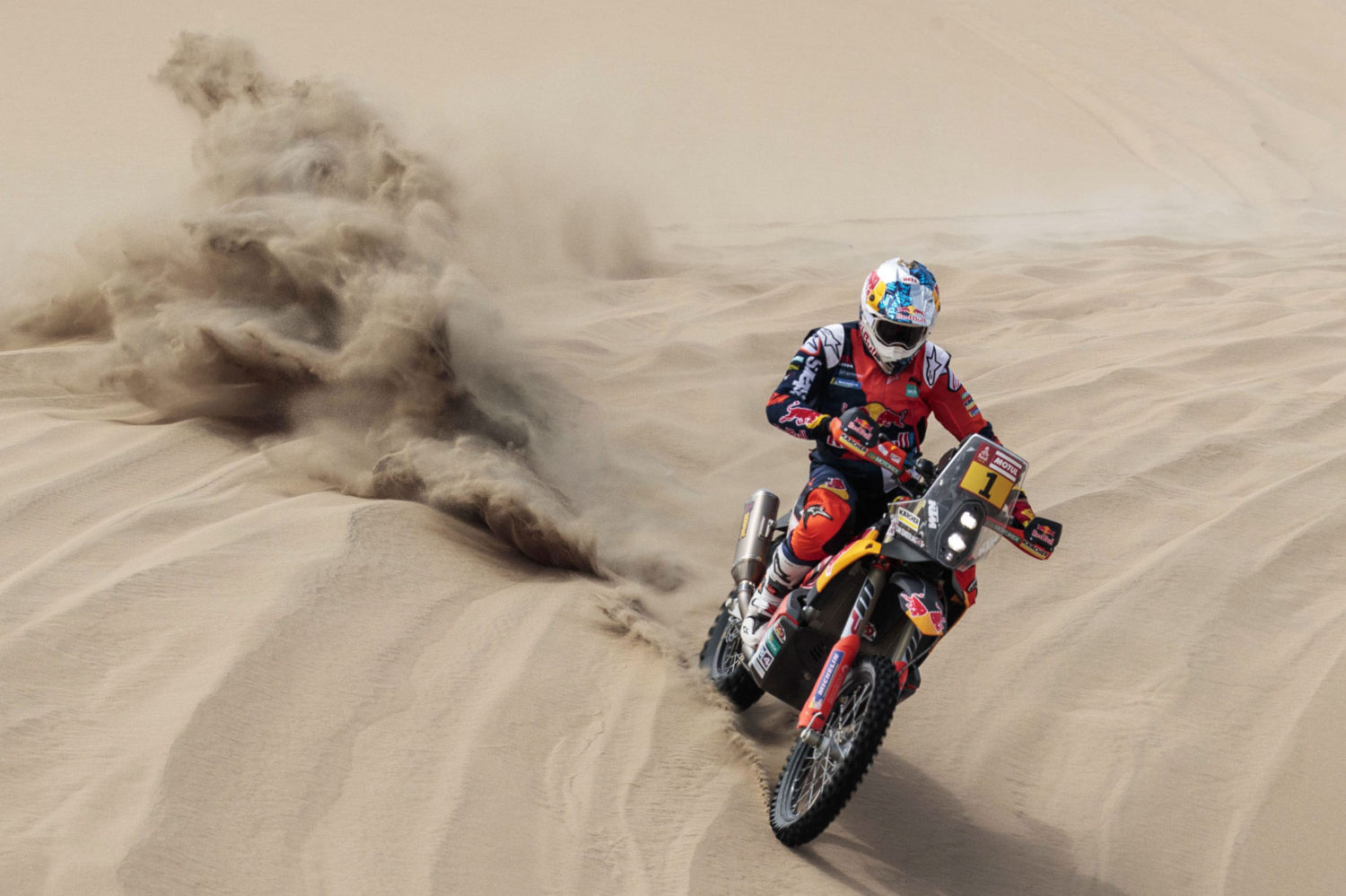 Sam Sunderlnd was leading the charge for KTM when a huge impact injured his back, forcing him out of the rally. Retiring from the Dakar was not part of the plan for 2017 winner. After flying home, Sunderland was soon back on a bike and in training for the 2018 season. Putting that disappointment behind him, he has his sights set on claiming good results during the year with the ultimate goal of regaining the Dakar title early 2019.

Sam Sunderland: “Training in Morocco has gone really well recently. It feels great to be back on the bike and back with the team. Being forced to retire from the Dakar was disappointing so I’m happy to be training and thankfully I feel good on the bike with no injuries. We had a hard week in Morocco in preparation for this first rally in Abu Dhabi. I’m really looking forward to getting back to racing and Abu Dhabi is like a home-race for me. I won there last year and hopefully I can have a good run again this year and claim another victory. There is a long season ahead leading up to the Dakar so I plan to take things step-by-step and hopefully get some good results along the way.”

The Abu Dhabi Desert Challenge commences March 24 in the United Arab Emirates. A super-special stage is then followed by five full days of racing in the Liwa Desert.