Desafio Inca Rally: Honda are turning up the heat 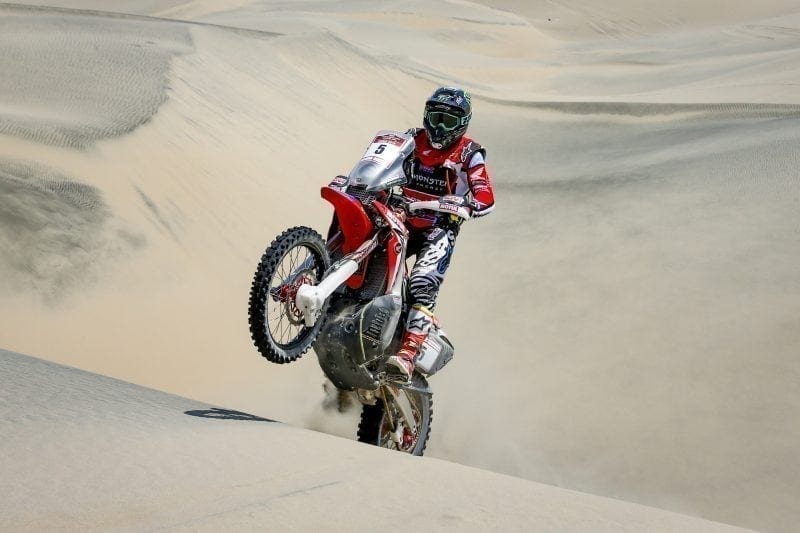 Victory for Kevin Benavides and third place for Paulo Gonçalves in the second stage of the Desafío Inca. The Monster Energy Honda Team riders improve in the overall standings.

In a lengthy, looping second stage in the dunes, Kevin Benavides was able to take control of the race and set the pace during the 350-kilometre special on the second day of the Desafio Inca. Starting out from further back proved a blessing for the Argentinean, whose stage victory allows the rider to move up into sixth position in the general standings.

Portuguese team-mate Paulo Gonçalves showed himself to be the most consistent of the team. Today he posted third place and occupies fourth place overall, 21 seconds behind the leader after two days of competition. Accompanying Gonçalves in the general rankings is José Ignacio Cornejo, who suffered the ‘handicap’ of being among the group of riders opening the track. Despite finishing with the sixth fastest time, the Chilean is fifth overall 3’33” behind the leader.

A navigation error put a spanner in the works for Ricky Brabec today, who had originally set out to claw back time and positions in the race. After two days of racing, the American holds ninth some 25 minutes adrift of the overall leader.